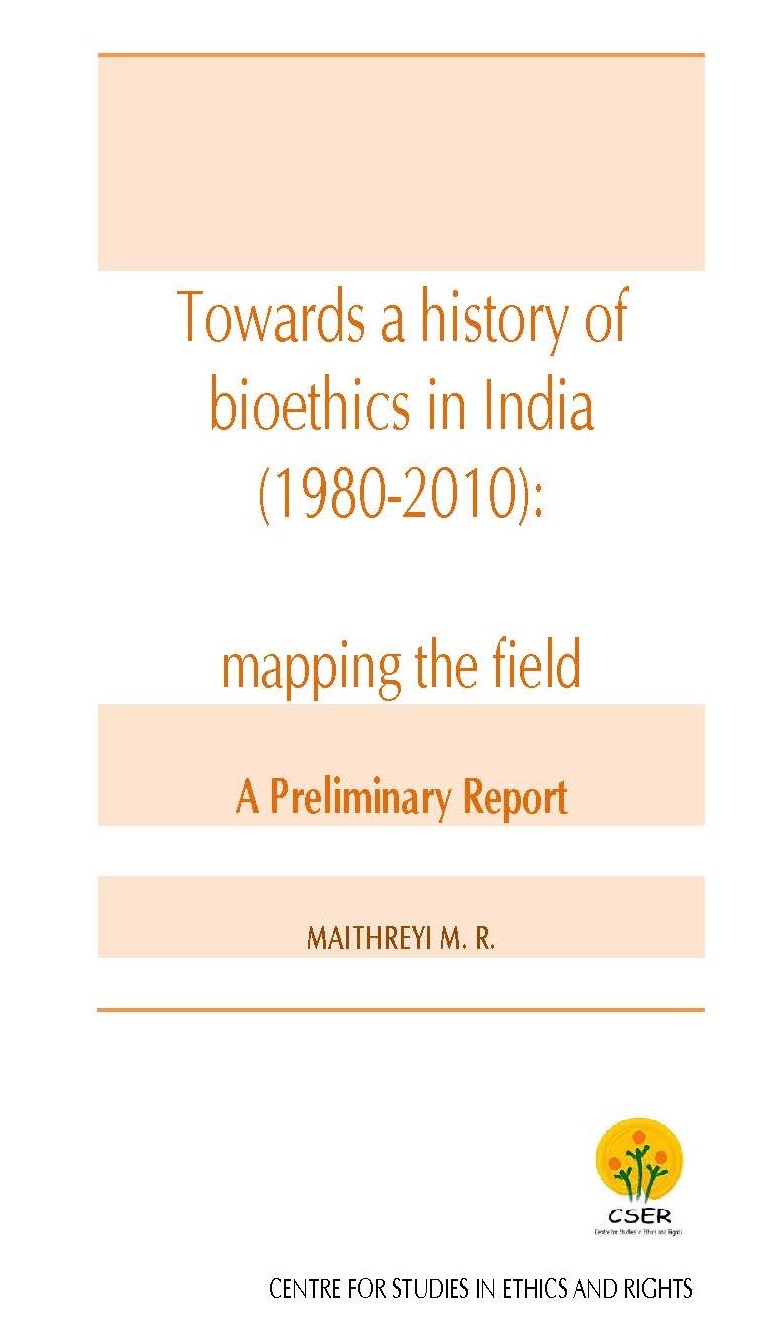 Towards a history of bioethics in India (1980-2010): mapping the field A Preliminary Report. Maithreyi, M. R.

There are many routes to history. However, the route I have adopted for the study is the one offered by oral history (Blatz, 1990). There is very little standardised data which trace the trajectory of bioethics in India or of institutionalised structures that lend a visible identity for bioethics. At the same time, bioethics as an ethical inquiry into issues in medical and biological research and practice lends itself to individuals interested in the question of wrongs perpetrated on them and others, and of their rights as individuals and collectives. It was important for the study to assume that there are different actors in bioethics and learn how their actions have shaped the field. It thus seemed crucial that the history got mapped primarily through their narratives. It also ensured that the study remain open-ended while drawing from the several formal and informal in-depth interviews, email exchanges, notes, campaign materials and records (including government reports) that were analysed.