Women remain the target for a range of gender-based violence- in public spaces and within homes. Despite several institutional efforts, violence against women continues to be a daunting challenge. The NCRB 2014 – the most recent available as of June 2016 – data on crimes committed against women show that the percentage increase from the year 2013 to the year 2014 is 9.2%. (NCRB Report 2014, Ch 5, pp: 83/Table 5(A)). Amongst others, the percentage increase over this one year period for rape is 9%; for kidnapping and abduction of women is 10.5%; and assault on women with intent to outrage her/their modesty constitutes16.3%. The recent global estimates suggest that one in every three women will experience physical violence, sexual violence, or both. (WHO 2013). Sexual violence has both immediate and long term and severe repercussions for women’s health and social well-being. (WHO 2002, 2013). Existing studies in India have also documented health consequences of sexual violence.

Responding to sexual violence is a complex phenomenon and involves the participation of police, health facilities, forensic laboratories and prosecution. Little is known about how this teamwork takes place and what procedures are in place for effective response. Researchers and women’s activists have documented several instances of delayed response, inadequate history taking, lack of sensitivity and health care and incomplete medico-legal evidence collection by health professionals in responding to sexual violence (Prakash 1993; Gudalure M. J. Cherian vs Union of India, 1992; Kulkarni et al 1997; D’souza, 1998). A pilot study of health facilities for the survivors of sexual assault and rape in terms of healthcare services, the medico-legal examination and the level of women-friendliness found that five of the six facilities examined did poorly on these counts, especially on health care provision (Pitre and Pandey, 2008). The intervention research undertaken by CEHAT based on its intervention in three public health hospitals (CEHAT, 2012) demonstrated the crucial role that the health care sector plays in responding to survivors of sexual assault.

Given the growing incidence of sexual violence, a responsive health service system is crucial to provide supportive environment to survivors and collect corroborative medical and forensic evidences for making a strong case. While the Guidelines for Medico-Legal Care for Survivors/Victims of Sexual Violence by the Ministry of Health and Family Welfare (MoH&FW), Government of India (March 2014) emphasize consent, privacy and gender-sensitive facilities, research including one undertaken by the authors of this proposal, show that health systems are ill equipped and are often managed by functionaries with gender prejudices. This is counterproductive for the survivors trying to access healthcare and justice.

Most of the empirical work establishing comprehensive health care response to survivors of sexual violence in public health care system and its assessment has been confined to Mumbai. And to the best of our knowledge there is no empirical research has been undertaken post issuance of the Ministry Guidelines and legal reforms, especially the CLA 2013. This makes the proposed study of immediate significance to inform both the government as well as HCFs and HCPs going forward.

Objective 1: Undertake a comprehensive study of health care and medico-legal care for survivors of gender based violence with special focus on domestic and sexual violence and facilitate identification of gaps in infrastructure and human resources

Objective 2: Contribute through research to support health facilities to implement the Ministry Guidelines and enhance compliance with legal norms lad

This project would support health facilities to follow the Ministry Guidelines and other related legal norms by providing insights into the current state of implementation of privacy, securing consent, security, single location for convergent services and procedures. The project would also capture and reflect on dated approaches to and methods of  evidence collection, such as, “two-finger test”, carried out at the health facilities to determine rape and used in the courtroom, given that such medical practices work against the women by discouraging testifying. Taking up such issues through evidence-based research would enable addressing the ill-informed health care practices in caring for survivors of  violence, especially domestic and sexual violence. 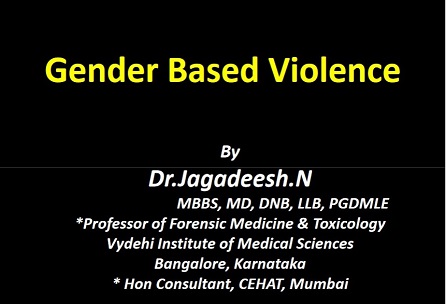 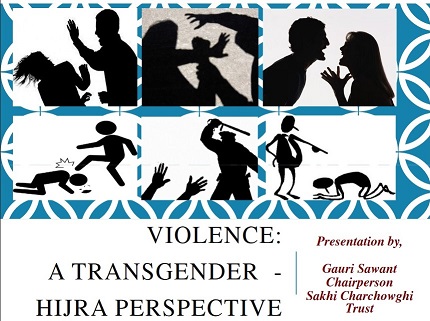