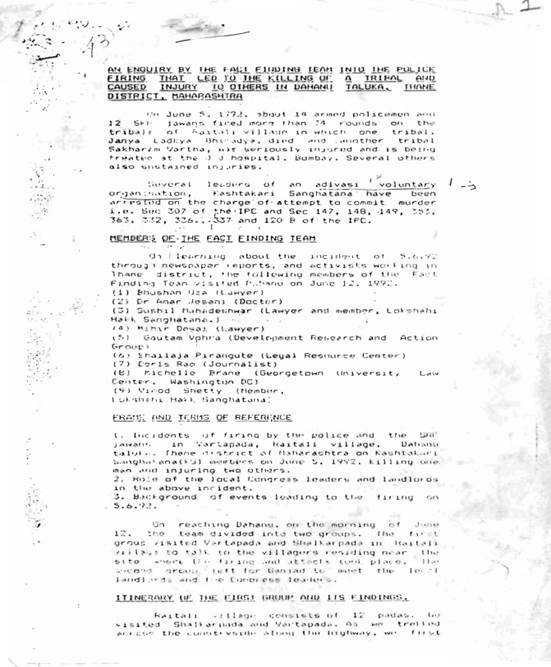 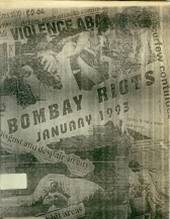 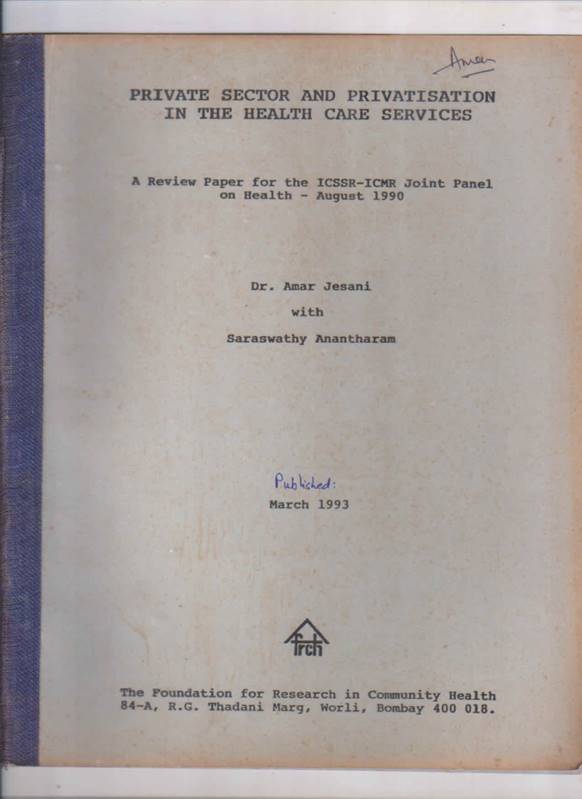 An Enquiry by the Fact Finding Team Into the Police Firing that led to the Killing of a Tribal and Caused Injury to Others in Dahanu Taluka, Thane District, Maharashtra. Amar Jesani and Bhushan Oza

This fact finding report gives detailed information about police firing which took place in tribal village Vartapada and Raitali of Dahanu taluka on 5th June of 1992.

Bombay Riots, January 1993: A Selected Documentation From a Section of the Print Media.  Amar Jesani, Alphonse Mary and D’sa  Aloysius

This document is a thematic compilation of selected and relevant newspaper clippings and articles on Bombay riots of January 1993.